“This American Life” took another, badly needed step on its road to correcting the record on Friday when it pulled three more audio episodes from its Web archive. Professional liar — I call him that because he got paid to make up stories and pass them off as factual — Stephen Glass lied to the show’s creators long before Mike Daisey came along, and his crimes lasted longer. 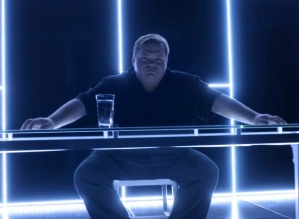 Back in January, “This American Life” ran an excerpt from monologist Daisey’s show, “The Agony and the Ecstasy of Steve Jobs.” Most of what he said was factual, but Daisey made up parts about his experience, parts that helped give legs to the story of working conditions in the Chinese factories where Apple products are made. In the March 16 episode of “TAL,” Daisey as much as admits he lied for that purpose: to make people care about the story.

As a longtime listener of the show, and as a professional journalist, I was outraged — OUTRAGED! — that someone would fabricate a story they claimed to be nonfiction. I mentioned this to a friend of mine, also a journalist, half expecting the same reaction. Instead, she replied:

When will the show cop to the other falsehoods that ran in earlier episodes and weren’t retracted?

“This American Life” had Stephen Glass – no relation to the show’s host, Ira Glass – on three episodes in the 1990s, before he had been exposed as a fraud. On one of those occasions, he claimed to have worked for a while as a telephone psychic. 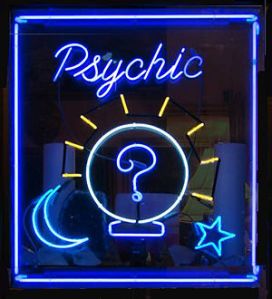 Not that I expect anything BUT fiction from purported psychics.

The story, adapted from one he wrote for Harper’s was one of many that Glass was known to have made up, either in whole or in part. It also included his unsubstantiated claim that 70 percent of the people who called his psychic hotline were minorities, and 85 percent had money troubles. The statistic would have been troubling if it were right. Being wrong just makes it offensive.

“This American Life” has since pulled the audio of Glass’ stories from its website.

I’m not trying to conflate the ethical violations of one man with those of another. But both men lied. They violated one of the basic rules of nonfiction writing, which is: Don’t make stuff up.

The difference is the magnitude of Daisey’s transgression vs. those of Glass. Daisey did not spend years writing fictions and passing them off as truth to national magazines and public-radio programs. He told a story that was mostly true but included nonexistent interviews, made-up details and incidents that didn’t happen the way Daisey said they happened. And he passed it off as a completely factual piece.

To his credit, Daisey eventually apologized. It took a public shaming on “This American Life,” a defiant rebuttal on his website and a barrage of more criticism from places like Poynter,  Slate, and elsewhere. Still, he apologized.

Stephen Glass’ crimes were of greater magnitude and he never went to the lengths Daisey did for contrition. Glass, for all we know, never worked a psychic hotline in his life. On the way to telling that whopper, he made sweeping generalizations about a segment of the population.

Daisey got caught once and the retribution was swift and brutal. Glass was caught lying dozens of times. His fall from grace is well documented — and, without question, his crimes are worse. 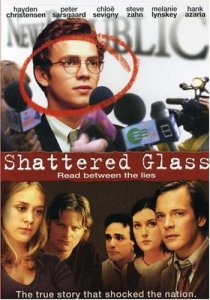 The only good thing to come out of the Stephen Glass scandal was this movie.

The producers of “This American Life” took the right first step Friday in pulling the Stephen Glass episodes. Here’s what should happen next: Host Ira Glass should announce on the next episode what they did with the other fabricated stories, why they did it and why it took so long to correct the record.

What about Daisey? He’s a talented artist and a captivating storyteller.

I just won’t believe him anymore.

This site uses Akismet to reduce spam. Learn how your comment data is processed.